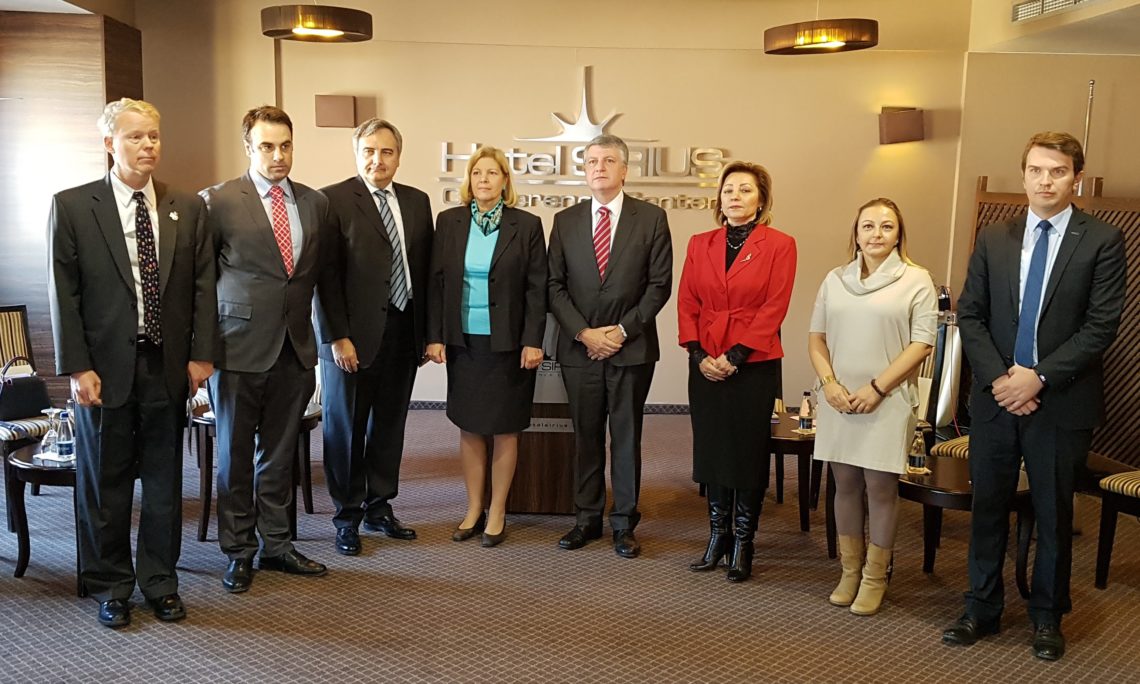 Good morning.  Thank you all for joining us as we kick off Anti-Corruption Week in Kosovo.  I believe the presence of all us from the United States, European Union states, the UN Development Program as a representative of the donor community, and the Kosovo Democratic Institute as a representative of the NGO community, highlights how important the fight against corruption is to the future of Kosovo.  We are here to demonstrate our united commitment to action in the fight against corruption.

Corruption is not a new problem in Kosovo, and I know the conversation and the search for solutions are ongoing.  But this week, for the first time, I am proud to see a coalition of embassies, donor organizations and, most importantly, Kosovo’s civil society, who are turning up the volume, proposing concrete solutions, and compelling action in the battle against corruption.

My Embassy is proud to be a sponsor and supporter of many activities this week.  But more importantly, we are proud to see that from Pristina to Peja and Gjakova to Gjilan, people are ready to take action to combat corruption.  We are here to help, but it’s the citizens of Kosovo who must lead and sustain this fight.

USAID’s Justice Sector Strengthening Program is improving Kosovo’s legal framework for judicial efficiency and independence, thereby reducing opportunities for undue influence by other government institutions that could affect how cases are decided.

Our Department of Justice program works closely with Kosovo’s prosecutors and Justice Ministry to improve capacity and strengthen the legal framework against corruption.

As a result of our joint efforts, Kosovo now has a judicial code of ethics that complies with the Bangalore Principles, as well as a related regulation defining misconduct to better hold judges accountable.

But polls have shown that Kosovo’s people still lack faith in the fairness of its judiciary.

My Embassy has worked closely with the Ministry of Justice and other stakeholders to draft a law strengthening the capacity of the Office of Disciplinary Conduct, which will be released for public comment soon.

The office is the key component for creating trust in the justice system—it is a way to hold prosecutors and judges accountable for misconduct.

Thank you again to my colleagues for joining me here today, and for your support of many activities throughout this week.  Together, we are united against corruption– not only over the next five days during Anti-Corruption Week, but also in the months and years to come.