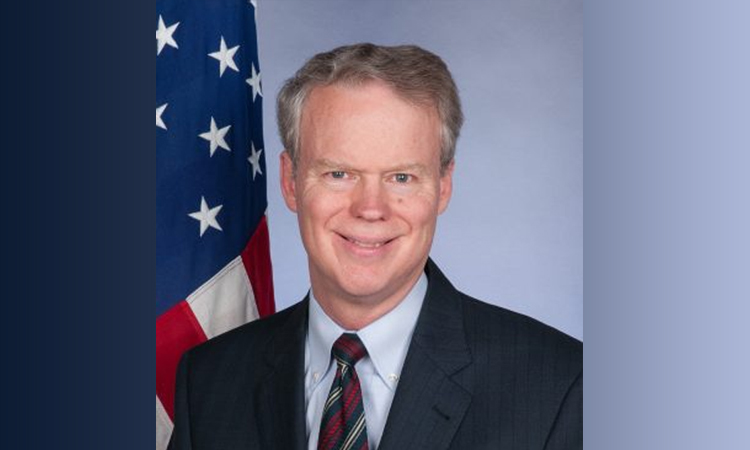 After three busy and rewarding years in Kosovo, I am grateful for having had the opportunity to serve my country in its partnership with yours. I depart leaving hopeful.  However, I should note that Kosovo is at a critical juncture and must make courageous choices to spur its economic growth, to enhance gains made in rule of law, and to bring it ever closer to European integration.  Kosovo’s abundant potential can contribute to a bright future, if leaders make the right choices.

In my time here, Kosovo’s economy has continued to grow: debt is at manageable levels, budgets are balanced, and public revenues are rising.  Local businesses are benefiting from an improved business climate fueled by greater access to credit, streamlined regulations, and increased market connections.  These positive steps are reflected in Kosovo’s recent rise to 40th place in the World Bank’s Doing Business report.

Over the past five years, Kosovo businesses increased their exports by 37 percent, boosting Kosovo’s image abroad, especially in Europe.    I am encouraged to see businesses from across Kosovo collaborating under the “Made in Kosovo” brand to their great benefit—such as a Kosovo Serb-owned company from northern Kosovo that is working with Kosovo Albanian companies in the south to manufacture and export wood products.  Kosovo must continue to make such success stories routine. In the agricultural sector, farmers, including female farmers, are seeing higher incomes as a result of exports of products such as raspberries and medicinal plants.

Rule of law institutions are slowly becoming more efficient and transparent.  The launch of online applications and publications have increased public access to government decision-making.  One-hundred percent of public tenders are now issued electronically.  The e-procurement platform and the Transparency Portal are documenting government procurement decisions for the public, opening them up to greater scrutiny and accountability.  Courts have published more than 6,000 final decisions.  E-kiosks located across Kosovo are helping citizens easily and quickly obtain municipal and property documents.

During my time here I have seen a shift in responses to domestic violence cases. While horrific incidents still occur, I see ready proof that awareness of individual rights has increased. Victims are increasingly willing to come forward and courts are working hard to adjudicate these cases swiftly, efficiently, and fairly.  Kosovo’s Basic Courts are also keeping up with their caseloads and reducing the backlog.  To me, these advancements signal growing public trust in the judicial system.

Still, challenges remain.  We all know that rule of law in Kosovo is not as strong as it could, or should, be, especially for cases involving those with political influence.  While Kosovo spent its first ten years crafting a modern legal system and solid laws that put it ahead of many of its European peers, judicial institutions must perform better and focus on consistent application and implementation to meet citizens’ needs.  Political interference in the judicial system must stop.  Politicians who interfere and judges and prosecutors who allow this are striking a severe blow at the heart of their country’s future.

For its continued success, Kosovo must fully embrace those who have not been fully embraced in the past:  women, youth, and non-majority communities.  While there are positive examples at the Constitutional Court, Central Election Committee, and the Police Inspectorate, Kosovo’s talented women have more to offer.  Youth and non-majority communities, which have enormous potential, are still on the outskirts.  I still believe reconciliation between Serbs and Albanians in Kosovo is crucial for a peaceful and prosperous future—there is still a long way to go to adequately include Kosovo Serbs and other minority members into the country’s institutions and society.

An unreliable energy supply continues to stifle economic growth.  I am glad to hear there is movement on Kosova e Re, but reaching the day that you flip on the switch requires a government committed to active project management and timely and constructive decision-making.

I am also quite concerned that recent proposals for additional social support schemes could undermine fiscal stability for years to come.  To successfully confront these challenges, I call upon Kosovo’s leaders to be stewards of the economy and redouble their efforts to help everyone—not just the well-connected or politicians—prosper and to ensure that all of Kosovo’s children inherit a stable and prosperous economy.

In the face of all these challenges I am hopeful. In part because I have noticed that civil society organizations of all kinds are growing in size and number, and are successfully giving a voice to individuals with shared interests and needs.  Organizations like Aktiv and Democracy for Development, which focus on interethnic cooperation, are also helping people from across Kosovo discover they have more in common than they think.

In terms of the country’s relationship with its neighbors, I continue to believe that normalization of relations with Serbia is essential to Kosovo’s future.  Political leadership—regardless of party—must find common ground on Kosovo’s goals and pursue a way forward that reflects the interests of all its people.  Kosovo desperately and urgently needs this spirit of cooperation from its leaders to achieve progress.

Kosovo has no time to waste in dealing with its challenges.  Kosovo must demonstrate to a skeptical international community that it can be a reliable partner that embraces trans-Atlantic values.  There will be tremendous scrutiny, not just from abroad, but also from Kosovo’s own citizens, especially its young people.  Leaders in both politics and civil society must decide what kind of Kosovo you want them to see.  Citizens must recognize that they have an essential role in both demanding and leading the change they want to see.  If they don’t do this, it will not get done.

My time here is almost over, but I hope to return to Kosovo in the future to see a country that is building on its early victories and stepping into an even brighter future.  I envision a country where justice is administered fairly and consistently, and the law protects everyone equally.  Where businesses can prosper through hard work and innovation.  Where communities look past their differences to recognize and build upon what they have in common. Where the country’s youth have a genuine voice and a real stake in a future right here.  These are my dreams for Kosovo.