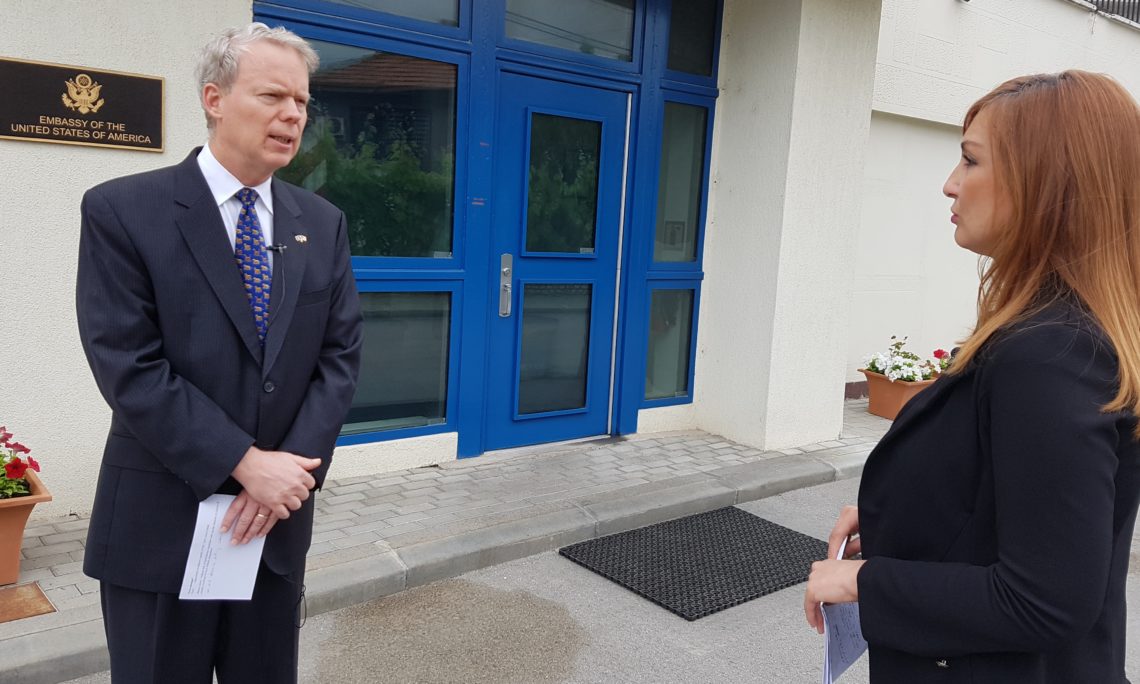 RTK 2: Mr. Ambassador, what is your overall evaluation of the election process, and specifically, what should be done so that specifically Serbs have free choice in the election day, and having in mind the statement that the Quint Ambassadors released a few days ago?

Ambassador Delawie:  Well, thank you very much, it is great to have you here. First of all, I think in general across the country, things are going pretty well. I am very happy that civil society and media such as yourself are getting voters a lot of information about what the candidates’ positions are and where people can vote and things like that. So I am very positive about that. Certainly the level of violence has been pretty low, which is good. And clearly I hope that continues through election day and afterwards. So in general, things are going pretty well, although, as you mentioned, I have been concerned about reports of interference and intimidation, especially in Kosovo Serb and Kosovo Gorani communities. I think it is very important that everyone be able to vote however he or she wants for whatever candidate he or she wants to vote for without any type of intimidation or interference by any other party. So that’s the most important thing for me is that these elections need to express the will of the voters in aggregate, all together. But everybody needs to be able to vote for whichever candidate he or she wants without anybody influencing that decision.

RTK 2: What should be the role of Kosovo Serbs in the future institutions?

Ambassador Delawie: I don’t want to presuppose how any future coalition negotiations might come out, but I know they will have an important role. My key issues are things like economic development and anti-corruption, which are important I think for all voters of Kosovo, from whatever community they belong to. I know in particular the Kosovo Serb community is very interested in the establishment of the Association of Serb Majority Municipalities. I spend a lot of time on that, I think it is very important that it gets done. That is the commitment that the Government of Kosovo has undertaken years ago, it was a commitment in the Ahtisaari Plan from 2008. So it is something that has got to be done. It is something that will improve the lives of Kosovo Serb citizens and other people as well. I know the other non-majority communities are interested in things like better education in their own languages in the Kosovo schools. They are interested in things like the strict application of the ten percent employment quota among the civil service and things like that. These are all things that the next government, whoever is in it, will have to be working on for the benefit of the minority communities and the majority communities as well.

RTK 2: Mr. Ambassador, what is your message to voters this weekend?

Ambassador Delawie:  The most important thing is to get out and vote. Get out and vote, express your desires for the types of candidates you want to see leading Kosovo in the future. I hope that people will choose wisely, that they will pick candidates that will represent their vision for the Kosovo of the future, for a Kosovo that is heading down the European path towards full integration in European institutions. I can tell you that we will be out. My Embassy will have 40 teams doing election observation on Sunday. We will be observing both the voting and the counting so we will do our best along with other domestic and international partners to ensure that the voters’ will is in fact expressed fairly and that there is no fraud or other electoral problems. But, vote. That is the main message. Please get out and vote. Everybody is better off if there is a big voter turnout on Sunday.

Ambassador Delawie:  You are quite welcome, thank you.