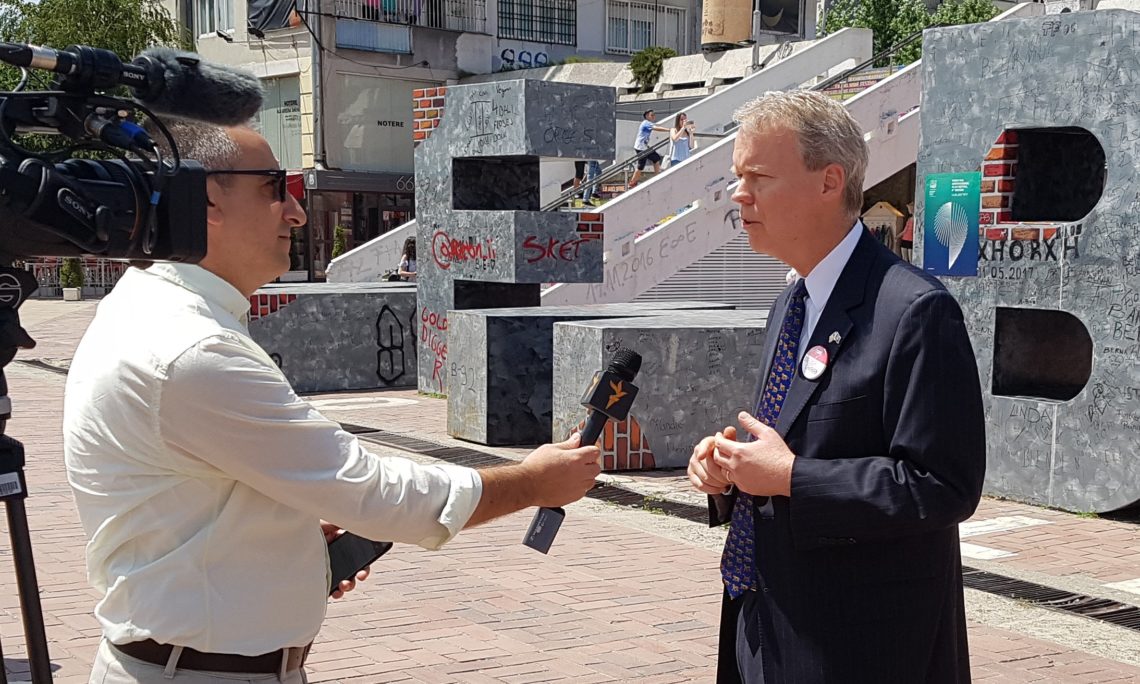 Radio Free Europe: What have you been discussing with official leaders during this week regarding the new institutions?

Ambassador Delawie: I’ve been seeing many political leaders, and I still have a couple more to go in the next couple of days. This is what diplomats do. We talk with people, we try to figure out what is going on so we can tell our own governments. I’ve been talking about my expectations, the United States’ expectations, for the next government- whoever is in that government. These are the things I’ve been talking about for the last couple of years: promoting rule of law; fighting corruption; creating good conditions for economic growth and foreign and domestic investment in Kosovo; preserving the multi-ethnic character of Kosovo; and trying to make life better for all the citizens of Kosovo. Those are the general themes I have been working on.

Radio Free Europe: How should the new government be formed? What is your vision on that?

Ambassador Delawie: I think it is clear to me that Kosovo is at a turning point. With a new government about to come in, the citizens of Kosovo have the opportunity to get Kosovo firmly on the path towards European integration. This is the time for Kosovo to make the right decisions on things like corruption, on things like economic growth, on things like cooperation with neighbors. The world is not going to stand by and just wait while Kosovo gets its act together. The world is moving, and Kosovo has got to move too. For it to achieve its future at the heart of Europe, as I constantly say, Kosovo has got to move, it has got to make the right decisions. It has got to promote economic growth, it has got to deal with rule of law and corruption issues and it has really got to get to work on these things right now.

Radio Free Europe: What might be the consequences in case of any political crisis regarding the new government?

Ambassador Delawie: The first thing they teach you in diplomacy school is not to answer hypothetical questions. Right now, that is a hypothetical question. I trust that the institutions of Kosovo are going to do the right thing. The newly elected members of parliament will figure out how to form a government and get 61 or more votes. I’m hopeful that everything is going to work out.