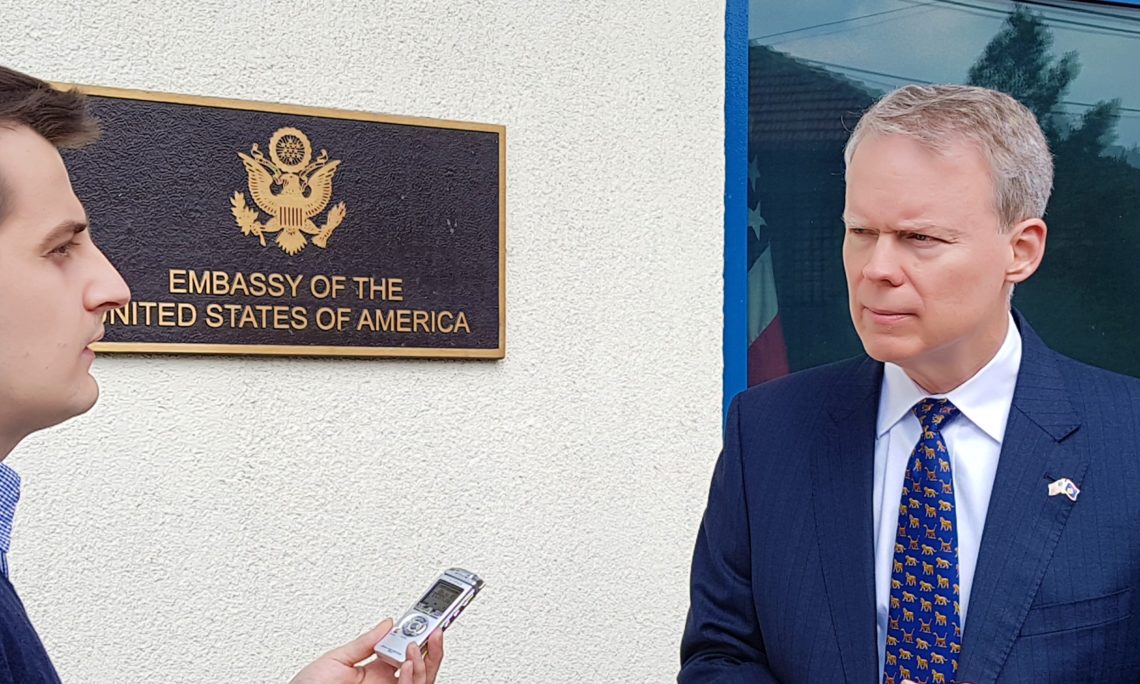 Insajderi: Was there any initial coordination between Kosovo authorities, namely the Office of the President, with the U.S. Embassy Pristina regarding the future steps on creating the Kosovo Army?

Now, our position is that this transformation should happen via a Constitutional Amendment. That’s been our position for a long time. If you look back on our website, you’ll see in my testimony before the U.S. Senate in 2015 that I said exactly that. This is important because it helps make sure that all the communities are involved in the very important decision making process. So we’ve worked on this for years. And we work very closely in a partnership on these issues.  That’s why we were kind of surprised and disappointed when this draft legislation appeared last week out of the blue. This is not how we envisioned the process would happen. It doesn’t really reflect the tenor of the discussions we’ve had with Kosovo government officials in the recent past. We certainly respect the right of Kosovo as a sovereign state to make its own decisions on issues of sovereignty, but we don’t think that now is the time or that this is the way to take these important steps.

I understand that the Constitutional Amendment route is not easy. Hard work will be involved. But that is the position that we continue to support.  What I hope is that the Government of Kosovo, Kosovo officials, the Kosovo Assembly will pause for a moment and reconsider what they are doing and reflect on the potential consequences to our relationship with the Kosovo Security Forces that we warned about in our statement last week. I also think it is important to reflect on the statement of NATO Secretary General Stoltenberg,  who said last week that “should the mandate of the Kosovo Security Forces now evolve in the way proposed, NATO will have to review its level of commitment, particularly in terms of capacity building.” That is kind of sobering to me. Because I believe Kosovo’s security really rests in the quality of its partnerships with its partners, with the United States, with the NATO states, and other states. So I would just be very careful. I hope the Government of Kosovo will take a breath, launch an effort to secure broad support from Kosovo’s communities for this step and work in a way that we’ve always discussed. And of course the United States would be happy to work with Kosovo’s people on that issue.

Insajderi: The embassy said that the adoption of the current proposed law would force the U.S. to reevaluate our bilateral cooperation with and our assistance to the Kosovo Security Forces. What does this mean in the long term for a Kosovo Army?

Ambassador Delawie:  You know, I hope I never find out.