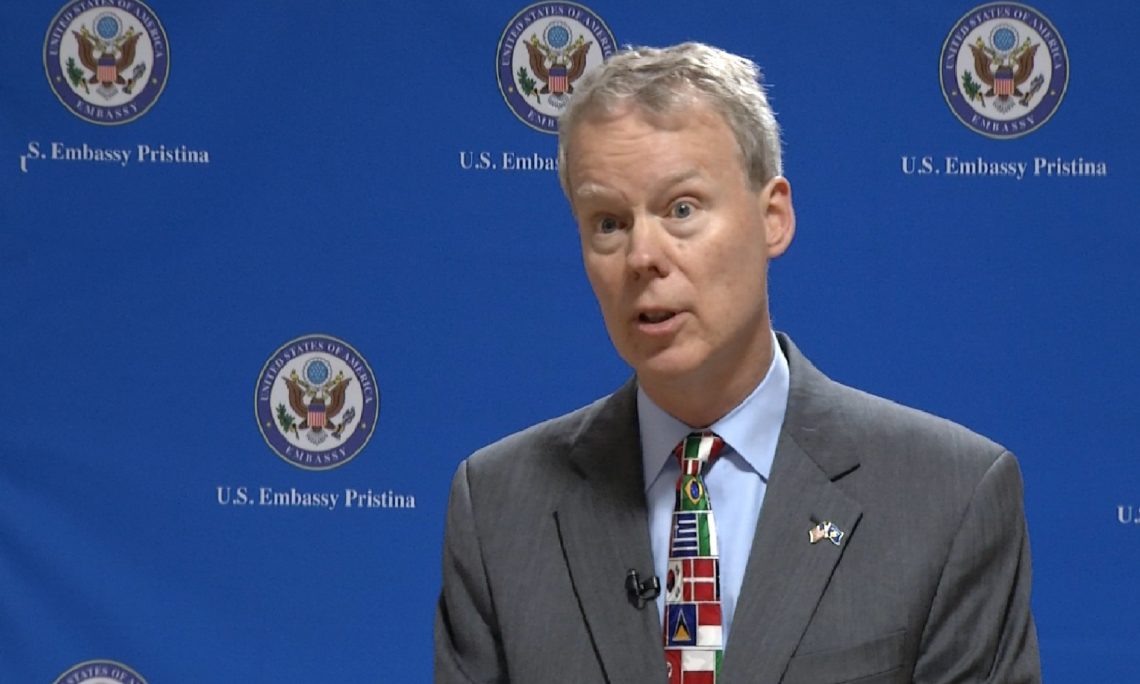 Ambassador Delawie’s Interview with KTV, May 9, 2017

KTV:  Mr. Ambassador, there were a lot of going-ons in the capital these last two days.  What was the role of the Embassy, especially in the talks going on inside the Parliament of Kosovo?

Ambassador Delawie:  I met with a number of Parliamentarians from a couple of parties to promote passage of the Border Demarcation Agreement between Kosovo and Montenegro.  I made it clear that the State Department carefully reviewed the documents related to the agreement and determined that it accurately represented the border delineated in the Ahtisaari Plan and the Kosovo Constitution.  That is the first thing.

I asked that the Government of Kosovo officials to send the draft agreement to the Assembly immediately and I am asking the Parliamentarians to vote on it immediately.

I stressed that the issue had convulsed Kosovo over the last couple of years, and that it is time to put the measure to a vote and pass it so that Kosovo Members of Parliament and Kosovo Government Officials can move on to other problems that the country faces.

Passing this agreement now is, I think, the most important step that Kosovo can take to advance its path towards the center of Europe.

I have said in the past that my ambition is that Kosovo find its place in the European community of nations like any other country on the continent.  I know from talking to thousands of people that this is really what the vast majority of Kosovo’s citizens want—especially the young people that make up about half of the population, basically those 25 [years old] and under.

I know that getting from today to this future at the heart of Europe is going to require some difficult decisions.  But I have to say, the Border Demarcation Agreement is not one of them.  It’s straight-forward and it’s accurate.

I am calling on all those opposing the border agreement, of whatever political party, to reflect on this issue and consider whether they also see their country as being at the heart of Europe.

I think the bottom line is that the Border Demarcation Agreement is in the hands of the Government now and the Members of the Parliament.  And it will be their action—or inaction—that will dictate the outcome of the agreement, and the agreement’s role in Kosovo’s future in Europe.