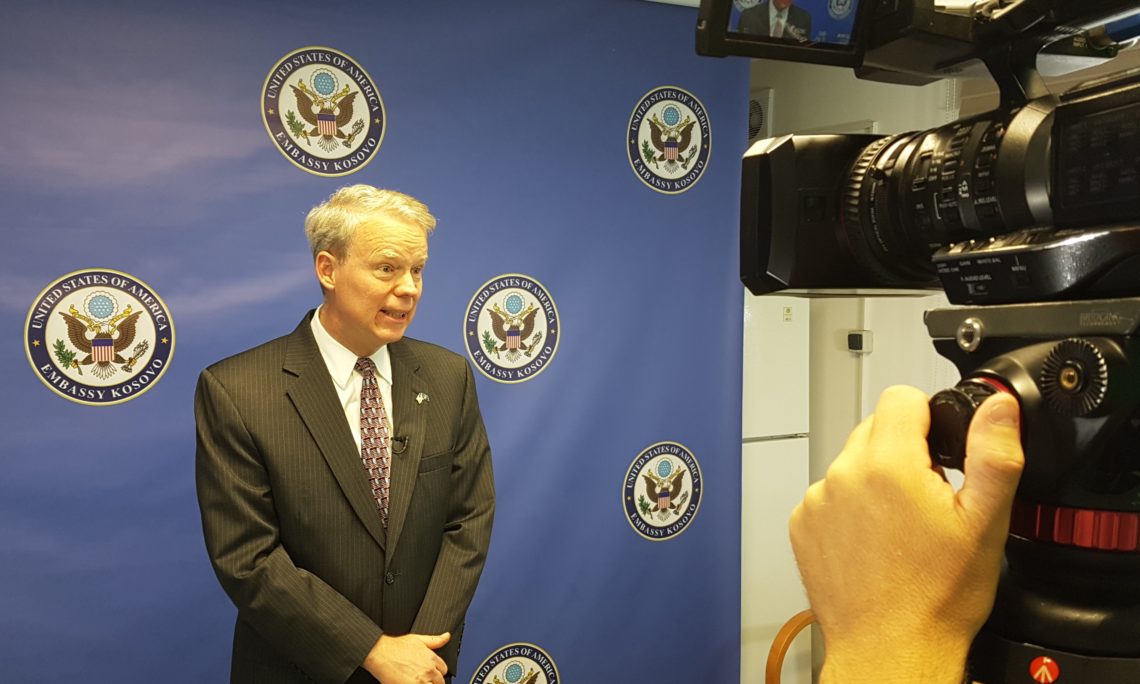 KTV: What is your opinion on the lack of formation of the Parliament, Speaker and the government?

Ambassador Delawie: Thank you, it is great to see you today. I think what we really need to see here is a Kosovo-based solution. The math is unassailable. You have three groups that each have in the neighborhood of one-third of the members of Parliament. It is clear that a compromise is going to have to be made and there has to be a Kosovo-generated compromise, not a foreigner-generated compromise. I think what is really important is for all of Kosovo’s politicians to find a way to put the interests of their country first, not their family, not their political party, but the country. It is really important that Kosovo have an Assembly, that Kosovo have a government. The world is just not going to wait for Kosovo to figure out itself. The world is moving and Kosovo has got to move too. The stasis really needs to come to an end. I would encourage all of the politicians here to find a way to advance Kosovo’s interests and to advance the interests of Kosovo’s citizens.

KTV: Having in mind that the coalition that won the elections, in this case it is PAN, is unable to actually have the numbers to form the Speaker and government, how do you think they should act in this regard, about this issue?

Ambassador Delawie: I’m not going to give individual advice to individual political parties or coalitions. My advice is to all of Kosovo’s politicians and it is to find a way to put the interests of their country first so that Kosovo can continue to make progress on its path toward European institutions and normalization of its relations with the world.

KTV: Recently, the President of Serbia, Vucic, had an article, wrote an editorial, where he stated that pretty much everybody, including Serbia, had to acknowledge and recognize the new reality in the region, the new reality in Kosovo. What do you think, what does this mean for the region, for Kosovo, for this reality?

Ambassador Delawie: I don’t know exactly what President Vucic has in mind, but I’m certainly happy to hear talk about compromise and recognition of reality. Certainly for both Kosovo and Serbia, the normalization of relations between the two countries is essential for them to make their progress toward the European institutions that both talk about. The Dialogue between Kosovo and Serbia has had real positive benefits for Kosovo, things like Customs collection on the northern border, integration of the police, things like that. But you can’t deny that it has kind of run aground in recent times. I think it is very important, certainly for Kosovo’s interests, that the Dialogue reenergize and that the two countries work toward normalization that they are committed to.