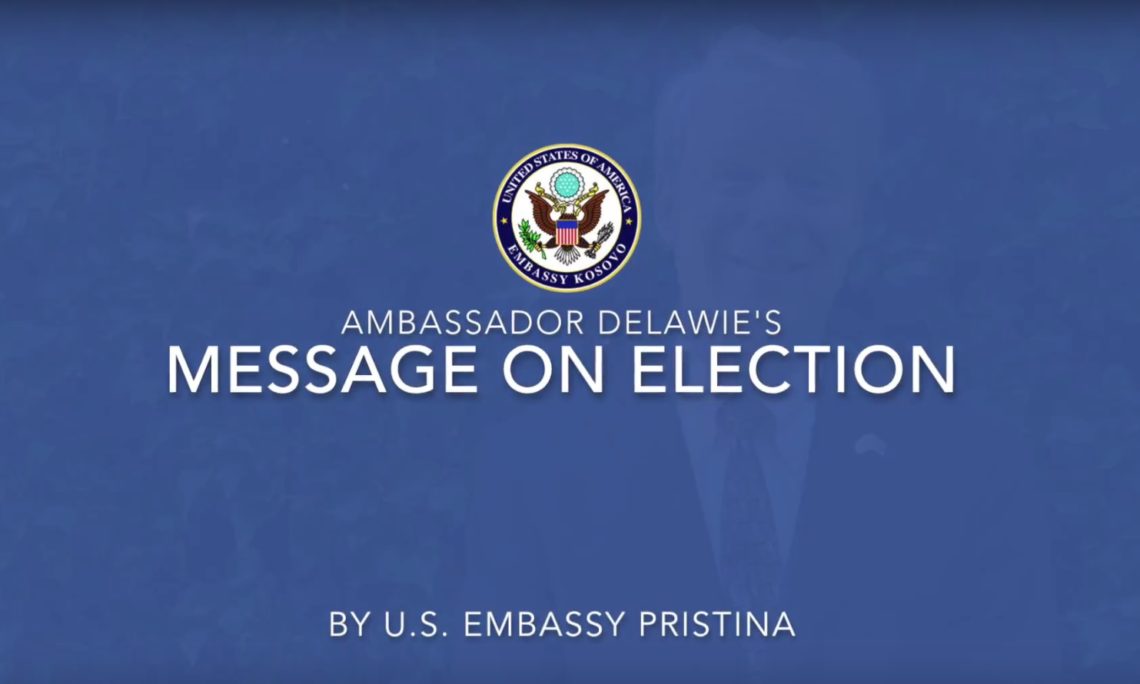 Congratulations, Kosovo.  You’ve made it through the campaign season and now you’re ready for the main event.

On Sunday, after weeks of political debate, you will have the final word.  You will demonstrate that the citizens of Kosovo determine the future path of your country.

The United States will stand beside you along the way.  We will be observing the voting process and the vote counting across the country because the fairness and credibility of these elections is crucial to the future of Kosovo.

We will also stand beside your democratic decision as your new representatives face important challenges and opportunities in the months and years to come.

But that decision is up to you, and only you, the citizens of Kosovo.  So get out and vote.  Select leaders who are not corrupt, those who will represent you and the best interests of your country, those who will work hard to fulfill Kosovo’s destiny in the heart of Europe.

The future of Kosovo is in your hands.