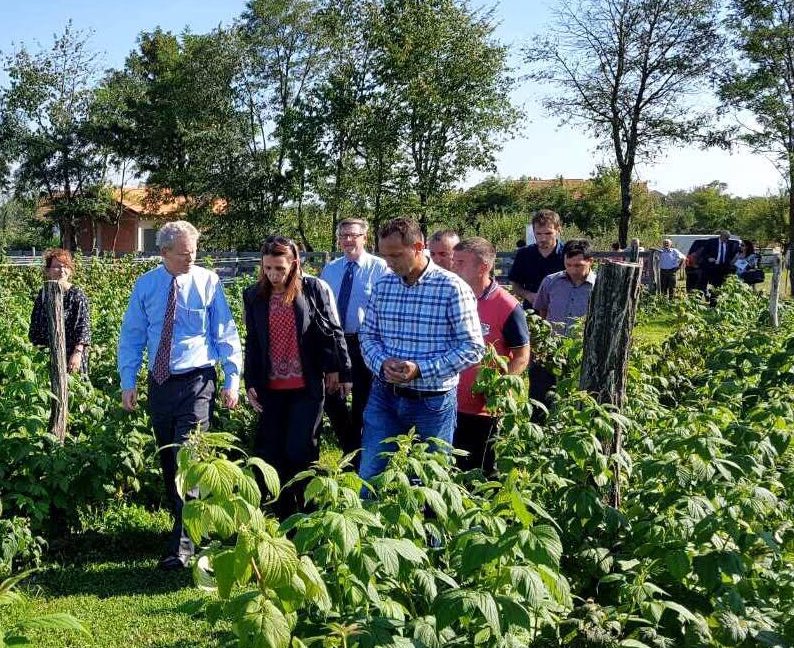 Ambassador Delawie visited Podujeve today to see a successful raspberry farm supported by USAID Kosovo’s AGRO Program, an example of successful adoption of modern cultivation and growing technologies. The farm at the village Katunishte is run one family but employs a dozen seasonal employees as well. Ambassador Delawie encouraged everyone to keep up the good work!

On his trip to Podujeve Ambassador Delawie also met with Mayor Veliu and his staff, as well as Islamic Community representatives, and congratulated them on making Podujeve an example municipality for religious tolerance and coordination in countering violent extremism.