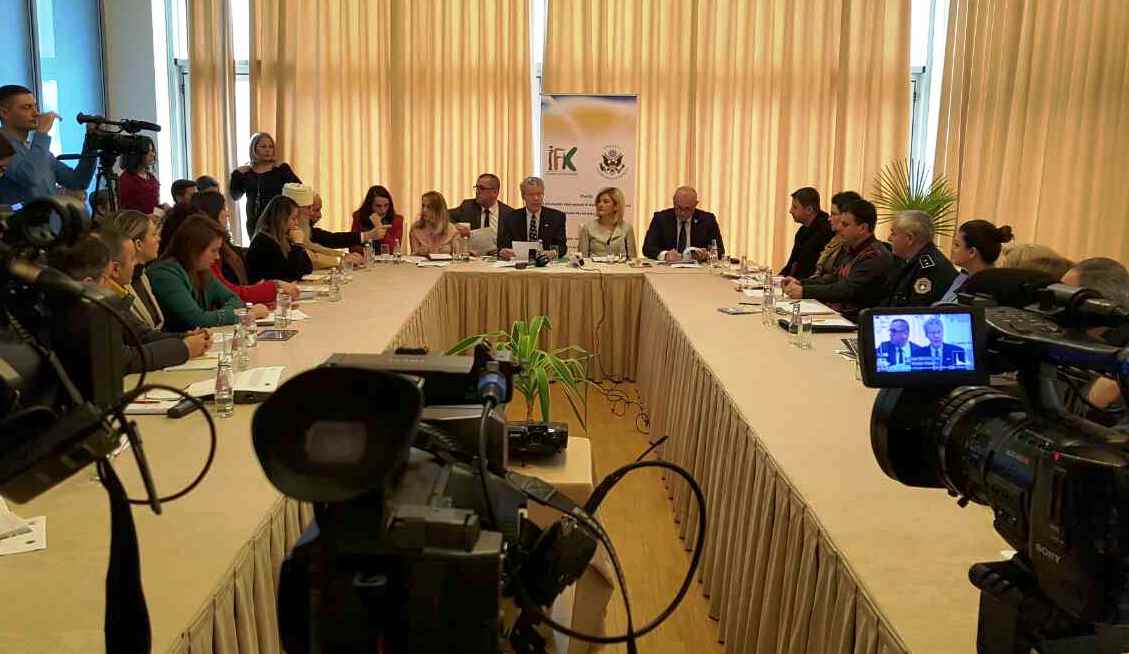 It’s wonderful to be here today. The United States Embassy strongly supports your efforts to prevent violent extremism and I was very encouraged to hear the opening remarks from our two first speakers today. I’m also very encouraged by these events that empower local officials, communities and citizens to be active in facing Kosovo’s challenges. It is particularly important on this issue- the need to develop authentic ways to confront extremism and to build resilience to radicalization and violence.

What this really means is for parents, families, villages and neighborhoods to be active in protecting your sons and also your daughters from being manipulated by those who would recruit them for wicked ends. Violent extremists wield their narratives, messages and ideologies to pull individuals and even whole communities into their orbit. They prey on disaffected young people without jobs or a sense of belonging and exploit social media to boost their ranks and make fear go viral. Strengthening social ties and community involvement is critical to preventing the hopelessness and isolation that feeds fear and resentment, and a sense of injustice. Extremist recruiters prey on these feelings.

We have to give hope and meaning to all of Kosovo’s youth, both to build a better future for this country, as well as to prevent dangerous radicalization. Local communities like yours are the most powerful asset we have in the struggle to prevent radicalization of our youth: families, friends, neighbors, teachers, police and faith leaders who love and care for the young people in their communities. Most critically, we must invest youth today with material resources and meaningful voices in the life of their communities and their country. We have to encourage young people to take up the causes of peace, diversity, and mutual respect. Education will play a decisive role, in schools and homes alike, in winning the battle for the minds of future generations. With that, I would like to thank you again for having me here today, I look forward to your hard work to prevent violent extremism in Kosovo.