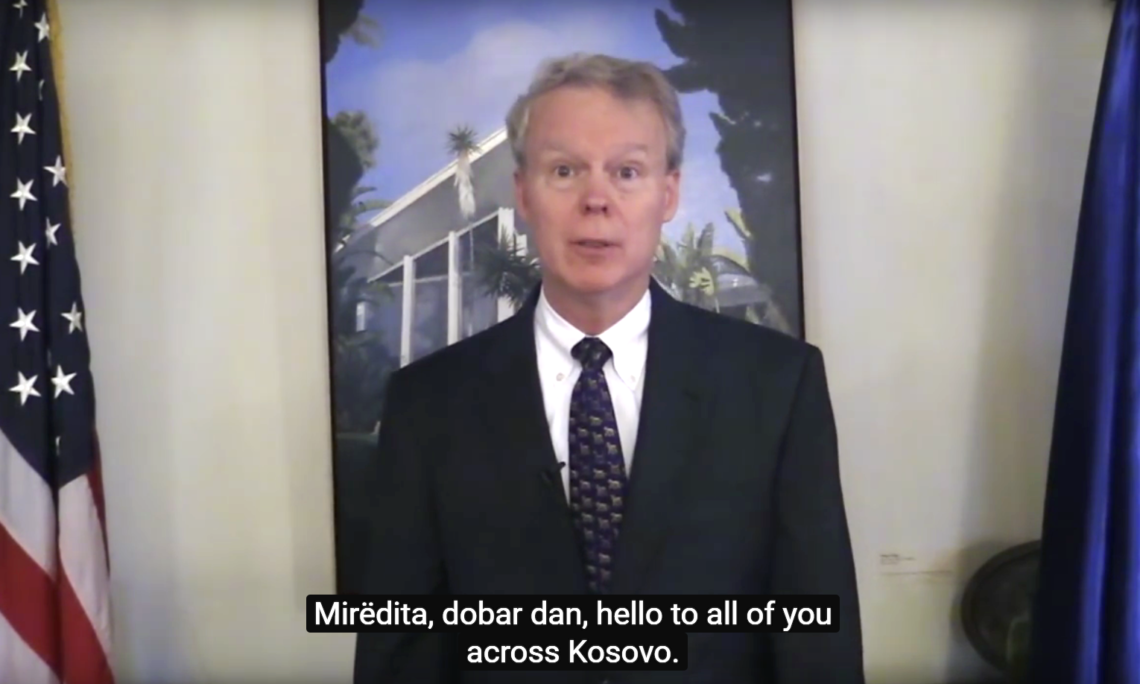 A Message from Ambassador Delawie, October 7, 2016

Mirëdita, dobar dan, hello to all of you across Kosovo.

As summer turns to fall, we’re still talking about the same unresolved issues.  Instead of pushing for progress and creating positive change, you can hardly watch TV these days without hearing accusations of who is wrong, a traitor to the country, or even worse.

In the government, we have seen partisan politics erode the foundations of progress—with leaders focused more on what they are against, than what they actually support.  And in the press and in the streets, we have seen a rise in ethnic and religious tensions—a discouraging trend in sharp contrast to the kindness, hospitality and tolerance for which Kosovo is known.  Kosovo deserves better.

I believe in a brighter future for Kosovo—a future with economic growth and prosperity; a stable and functioning democracy that belongs to the citizens and the taxpayers, not to partisan political interests; a multi-ethnic, open and independent Kosovo at peace with its neighbors.  I believe that brighter future comes from progressive messages, not negative agendas pursued with loud voices.

History is not made by those best at criticizing; it is made by people with positive solutions, people who try to solve problems rather than create them.  It’s not enough just to talk– we have to get to work and we have to demand action.  Before the seasons change again, from fall to winter, let’s come together to find some solutions, to keep moving forward, and to create that brighter future.