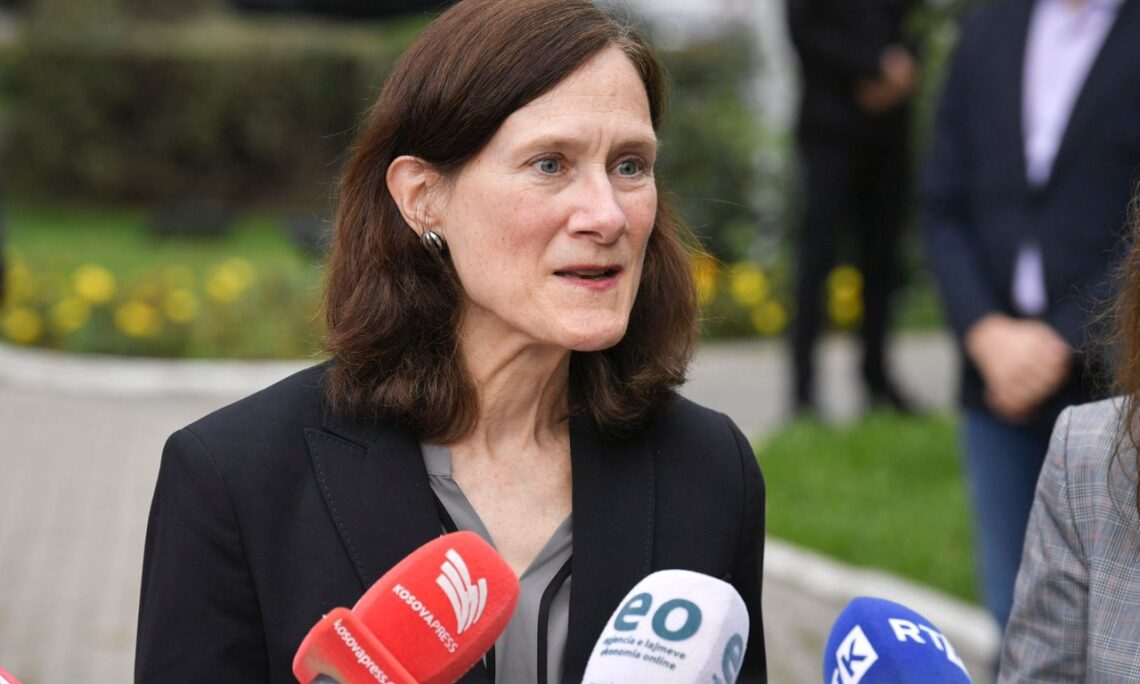 Chargé d’Affaires, Alison Grunder’s Remarks on the occasion of the 9/11 memorial ceremony, September 11, 2022

It is an honor to represent the government and people of the United States of America at today’s wreath laying ceremony before the 9/11 Memorial here in Pristina. I am profoundly grateful for Kosovo’s solidarity in remembering this solemn 21st anniversary of the heinous attacks that took place in New York, Pennsylvania, and Virginia 21 years ago today and took nearly 3000 innocent lives. Thank you to President Osmani, Prime Minister Kurti, Foreign Minister, and others who are here to pay their respects to the victims.

As the world mourns the passing of Queen Elizabeth II this past Thursday, I recall her words on 9/11’s 20th anniversary last year noting that as we honor those from many nations, faiths and backgrounds who lost their lives, we also pay tribute to the resilience and determination of the communities who joined together to rebuild.

I was in New York that fateful day in 2001, serving at our Mission to the United Nations. You can imagine our shock that any human being would devise such a despicable act, aiming to spread terror indiscriminately and kill as many as possible. In the moments, weeks, and months following the attack, we were uplifted by the outpouring of love, support, and solidarity – not only from Americans but from our partners and allies across the globe, including in Kosovo.
I note that in addition to this ceremony today in Pristina, in Peja, citizens are inaugurating a new memorial featuring a precious beam from one of the fallen World Trade Center towers that was donated by the Fire Department of New York, as symbol of the deep ties and values shared by the people of the United States and the people of Kosovo. We are fortunate to have such an enduring and strong partnership with Kosovo based on our firm commitment to a world dedicated to peace, freedom, prosperity, and justice for all.