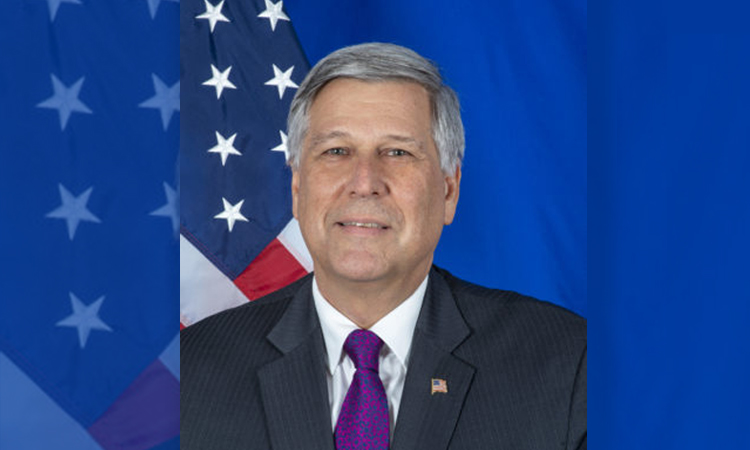 2019 Must Be the Year of Unity for Kosovo

A month ago I had the honor of returning to Kosovo as U.S. Ambassador, having briefly served at the U.S. mission in Pristina fifteen years ago.  Everywhere I go people welcome me back, then ask me to compare the country I see today to the Kosovo I remember from 2003, when the scars of war were fresher and the country’s future cloudy.

This is my answer.  Twenty years after NATO intervention, I see a country brimming with possibility, with people – especially youth – full of energy, creative ideas, and confidence.  I see a lively democracy, including media and civil society unafraid to demand more of their political leaders, including transparent, honest governance.

This country has already made significant progress and achieved democratic gains.  It has run credible elections and passed landmark legislation on human rights. Its artists, athletes, and musicians have raised Kosovo’s profile on the international stage.  Over half the world’s countries have recognized Kosovo as an independent nation.

I do not mean to downplay the real political, security, and economic challenges the country faces.   But I see a country eager to take its place in the community of free, sovereign, and democratic European nations.   The year ahead will show whether the people and government of Kosovo are ready to make the difficult decisions that will lead to peace, prosperity, and justice for the nation.

2019 must be the year when Kosovo and Serbia conclude a comprehensive normalization agreement.

Kosovo and Serbia are facing a watershed moment.  If the relationship does not move forward toward respectful, mutually beneficial ties between neighbors, relations will inevitably deteriorate.   Neither country will benefit from continued obstructionism and delay.  I was encouraged by the recent decision by Kosovo leaders to establish a state delegation to ensure that Kosovo’s negotiating positions reflect a broad consensus on a way ahead, and encourage those who have not joined the process to reconsider.

I hope we will continue to see Kosovo’s leaders work in partnership and take bold steps, such as suspending the tariff on goods from neighboring countries in order to give the negotiations a chance to move forward.  That sort of courageous, confident leadership – on both sides of the negotiating table – will be necessary to move forward and break the current impasse.

When I speak of “moving forward,” I do not mean that we should forget the past.  But neither, as more than one citizen of Kosovo has told me, should we let the past take the future hostage.  As for any country, Kosovo’s security will depend as much on peaceful relations with its neighbors as on its security relationships with partners and the strength of its own institutions.

2019 must be the year when Kosovo demonstrates to the world that its minority communities are equal stakeholders in building the country’s future.

People ask me how I apportion blame for past and present problems involving minority communities.   Frankly, I am more interested in knowing who will take responsibility for moving community relations forward.   The more that members of minority communities feel their voices are heard and their legitimate concerns are addressed by their own government, the more committed their own leaders will be to building a future in harmony with their fellow Kosovo citizens.

For example, I believe it is vital in any country for the members of police and security forces to reflect the ethnic and religious makeup of the communities they serve.   Many countries – my own included – have paid a cost when community members see police and soldiers as there to impose outsiders’ will rather than to serve and protect.  Actions by some to prevent Kosovo Serbs from serving in uniform do not help the community and does not serve the cause of peace.   I am confident that in 2019 Kosovo will continue engaging its minority communities on the long-term transition of the Kosovo Security Forces, deepening the KSF’s representative, multi-ethnic character, and closely coordinating with KFOR to ensure security for all Kosovo’s citizens.

2019 must also be the year when unfulfilled promises to build a culture of transparency, accountability, and meritocracy in Kosovo give way to action.

Citizens of Kosovo have asked me whether the recently completed “Anti-Corruption Week” is just theater, or heralds real results against corruption and cronyism.  It’s a fair question.  Will all those energetic, talented young people be given fair opportunity to succeed in this country, or will their way continue to be blocked by officials who owe their positions to political connections rather than professional qualifications?   Will power and influence continue to outweigh law and equality as the arbiters of justice?

It is time for Kosovo’s government to put its institutions to the test in holding accountable individuals and decision-makers at all levels.   One important change must be hiring civil servants based on merit, not on political party affiliation.  By emphasizing merit—from the hiring of school principals to the awarding of government contracts—the government can help ensure that important functions are being executed by qualified people, and that citizens see that playing by the rules is the best way to get ahead.

You already have a talented, hardworking labor force and a highly educated managerial class.  Those impressive young people I mentioned earlier?  I applaud them for staying in Kosovo to build the nation’s future.  If you don’t want to see more of Kosovo’s youth who struggle to find employment in Kosovo give up and seek opportunities abroad, create the environment for economic progress here at home.

The key ingredient for success in all these areas is the ability to rise beyond personal interests and fears to embrace the need for unity.  Unity among political leaders.  Unity among Kosovo’s citizens.   Unity between neighboring communities and neighboring nations.

I know that none of this is easy.  If it were easy, you would have already achieved it.   But now is the time.

Kosovo is now in its second decade of independence.  Students of American history will recall that the first decade after our 1776 Declaration of Independence was a perilous one, and the new republic was threatened from within and without.  The future of the United States as a unified, democratic state was often in doubt.  Only in our second decade, with the 1789 creation of a Constitution, did Americans come together and America begin to find its footing as one nation, indivisible.

In Kosovo’s second decade of independence, it is the people and government of Kosovo who must take responsibility for making the decisions and taking the actions needed to build an inclusive, democratic, prosperous, secure society at peace with its neighbors and respectful of the rule of law.   The United States will be by your side every step of the way.