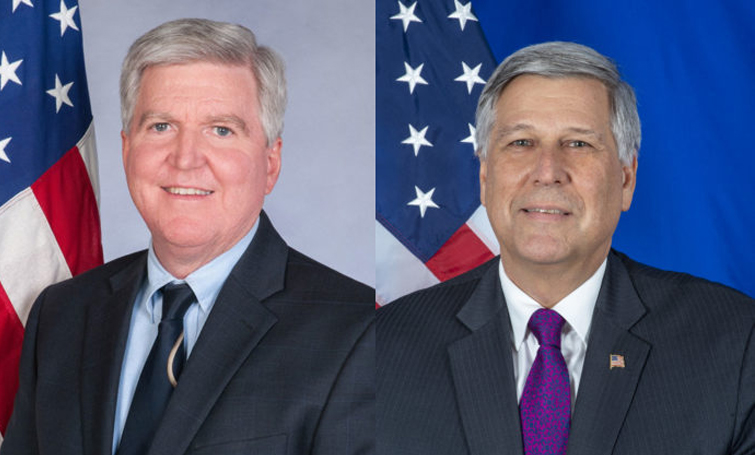 The courage and creativity shown by the leaders in Athens and Skopje to resolve their decades-long dispute should be an inspiration to everyone in the region.  As U.S. Ambassadors in Belgrade and Pristina, we are convinced that sober, visionary political leadership can lead to a comprehensive agreement between Serbia and Kosovo, with mutual recognition at its core.  This achievement would lay the foundation for a more peaceful and prosperous future for all the peoples in this region.

This is why we today launch an appeal: it’s time for Kosovo to suspend the tariffs, for Serbia to respond constructively, for provocations by both sides to end, for Belgrade and Pristina to return to the European Union-led Dialogue, and for both sides to embrace peace boldly.  If you do so, we are optimistic you can reach a historic normalization agreement in 2019.

You have the full support of the United States, and we will do whatever we can to help you succeed and to build the trust necessary to develop and implement a comprehensive agreement.  President Trump recently wrote to Serbia’s and Kosovo’s leaders to encourage both countries to “seize this moment and to exercise the political leadership in making decisions to balance the interests of both countries.”  President Trump added “it would be extremely regrettable to miss this unique opportunity for peace, security and economic growth.” President Trump was equally clear when he addressed the UN General Assembly:  responsible leaders have an obligation to serve their citizens.

We believe an agreement is possible, and hope to celebrate together with you, just as we celebrate the courage of Greek and Macedonian leaders.  In fact, President Trump has already invited Presidents Vucic and Thaci to the White House to commemorate the achievement as soon as it occurs.  The United States does not, and will not, prescribe what the solution should look like, but believes it must be implementable in both Kosovo and Serbia, and must contribute to the long-term stability of the region.  It is up to leaders and their teams to resume EU-led talks to explore what is possible, and to communicate transparently with their citizens – both to ensure negotiations reflect the will of the people, and to help overcome anxiety and suspicion.

We recognize this is not easy.  We are not blind to the historical events and ongoing tensions that have led to the mistrust and misperception that burden the relationship.  That is why any agreement must be wide-ranging and mutually beneficial, to give both Kosovo and Serbia a stake in its success.  That is also why the United States is committed to working with Serbia and Kosovo to ensure that the two sides effectively develop and implement a sustainable agreement.  Recent steps by both Belgrade and Pristina that raise tensions must stop if there is to be any hope of bringing lasting peace, prosperity, and justice to the region.  If the two sides fail to seize this opportunity, you risk losing the best opportunity in a generation.

The status quo has held back economic and political progress in both countries, and led professionals and young people to seek their futures in more stable nations with more dynamic economies.  In their place, organized crime, corruption, and other extremist elements are taking root, posing threats to regional and European security.

Neither country benefits from continued obstructionism and delay.  Serbia’s and Kosovo’s citizens deserve a future where their children and grandchildren will know peace and prosperity rather than conflict and economic hardship.

A durable, implementable compromise agreement is in both countries’ interest.  Long-term stability and prosperity for both Kosovo and Serbia depend on a return to the EU-led Dialogue, and the courage to overcome the past and build a shared future together.  If Serbia and Kosovo are ready to embark on this path, the United States will be at your side every step of the way.